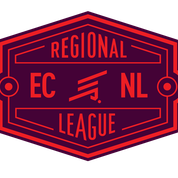 Background of the ECNL

What is the ECNL?

The ECNL is a national youth soccer league founded in 2009 for U15, U16 and U17 girls for the purpose of providing the highest level of competition and the best developmental environment for American female youth soccer players, as well as an identification program for identifying players for US Soccer Youth National Teams.

Why was the ECNL founded?

The ECNL was founded by many of the best female youth soccer clubs throughout the country based on the belief that elite female player development in the United States needed a structure that would reduce the total number of games on the schedule and increase the number of meaningful, quality games. The ECNL sets forth a vision that provides a clear path to that goal: a national competition schedule and a national identification program linked to that competition, and an organization in which best practices in player development can be shared throughout the country.

Why plays in the ECNL?

For a complete list of member clubs, please go to www.usclubsoccer.org or www.theecnl.com.

Why should I play in the ECNL?

The ECNL was formed with one driving purpose: to improve the developmental environment for elite female soccer players. In order to accomplish this, the ECNL has several specific objectives: (i) increase the frequency with which the top players in the country have the opportunity to compete against each other; (ii) decrease the number of uncompetitive games for the top players in the country so that these players can train more frequently; (iii) increase the collegiate recruiting exposure for top players; and (iv) provide an alternative identification program for these players to be identified for US Soccer Youth National Teams.

Player Development in the ECNL

How is the ECNL different from other female soccer leagues in maximizing player development?

Competition: First, the ECNL provides the opportunity for the best female youth soccer players in the country to compete against each other – one of the requirements for maximizing player development. Because the ECNL only includes the best clubs in the country, every ECNL game is exceptionally competitive and played at a significantly higher speed with more physical, psychological, technical and tactical demands on the players than the “average” game. The consistency of this competition and the demands it imposes creates more skillful, intelligent, and focused players. Second, in order to maximize the competitive level of each ECNL game, the ECNL only schedules 1 ECNL game per day per team, and no more than 3 days of ECNL games in succession. This aids in reducing burn-out and fatigue from game-to-game.

Substitution: The ECNL limits the number of substitutions in each ECNL game by prohibiting re-entry of players in each half. In other words, once a player is subbed out of an ECNL game, the player may not re-enter the game in that half of play. This forces players to maintain their concentration and work-rate for far longer periods of time than in most other competitions, and helps to prepare them for competition at the national and international level. In other words, without the massive substitution common in other youth soccer events, players in ECNL games are forced to adapt to the physical and psychological demands of playing for 90 minutes without break and without the “cushion” of temporary substitution to re-energize or re-focus.

Roster Rules: The ECNL allows a flexible roster of up to 26 players per team, and allows players to be rostered on multiple teams within their ECNL club. In addition, the ECNL allows players to move from one team roster to another from day-to-day, allowing players to play in different age groups in the same event. (A player may only play in 1 ECNL game per day.) This allows talented players to “play-up” against older players when a club determines it is in the best interests of the player to do so in order to maximize challenge and learning.
Relief of Calendar Congestion: By guaranteeing member clubs with the opportunity to play the best clubs in the country on a regular basis, and by providing an additional identification program within these games, the ECNL schedule allows member clubs to reduce the total number of games played by their teams and players each year. This provides each member club with more time for training to develop each player, and provides players more time for recovery and rejuvenation over the course of the year.

Standards and Recommendations: The ECNL provides a recommended set of minimum standards and expectations for players and staff of ECNL member clubs to create a more professional soccer environment. In addition, the ECNL provides member clubs with the opportunity to share best practices in player development and club organization and administration to improve the daily experience of the players.

The Competitive Structure of the ECNL

How is ECNL competition structured?

Each age group in the ECNL is divided into 2 flights based on team competitiveness: “Challenge A” and “Challenge B.” During the regular-season, teams within each flight will compete against each other at a combination of some of the nation’s best college showcase events and stand-alone ECNL events. At the end of the regular-season, every ECNL team in both flights will meet at the ECNL National Championship for post-season placement games. At the end of the ECNL National Championship, individual age group champions and an overall club champion will be crowned, 3 teams from Challenge A will be relegated to Challenge B for the next season, and 3 teams from Challenge B will be promoted to Challenge A.

What are the ECNL events each season?

ECNL games are played at a combination of existing collegiate showcases and stand-alone ECNL events. Member clubs select three of five of the available regular-season events based on their own scheduling needs and desires. Additionally, every ECNL team will also participate in the ECNL National Championship.

Can ECNL teams participate in USYS leagues and the USYS state cup, regional, and national championships?

Can a player that participates in the ECNL also participate in high school soccer?

What is the ECNL Player Identification Program?

What is the cost of the ECNL player identification program?

The ECNL player identification program comes at no cost to ECNL players. ECNL players will be scouted and identified in their regular team environment, without the added time and expense of multiple try-outs or mini-camps. Additionally, the cost of participation in the ECNL / id2 National Camp for those players selected will be covered by the ECNL, US Club Soccer, and Nike; the only cost for selected players will be travel to and from the camp itself.

Can a player that participates in the ECNL also participate in the USYS ODP program?

College Recruiting and the ECNL

How will the ECNL change college recruiting?

The ECNL brings together the best female soccer clubs in the country to compete against each other in 5 regular-season events and 1 post-season event. However, for the first time ever, the competitive schedule for these games for the entire year is determined at the beginning of the year. As such, college coaches can more easily plan their recruiting calendar to insure that they see all players in which they are interested – and see them competing against the best players in the country.

How will ECNL games be played at collegiate showcases?

To insure maximum exposure for ECNL players, all ECNL games will be played at adjacent fields and at similar times at all ECNL events. At some events, ECNL games will be played on their own independent site. The ECNL is working with each showcase to insure that the ECNL games are provided maximum exposure, and that the “drawing power” of every ECNL club is combined to increase attendance of college coaches for all teams. Additionally, due to the structure of the ECNL, ECNL members are guaranteed acceptance into the collegiate showcase events at which their ECNL regular-season games are played.

Why should I play in the ECNL if I intend to go to college close to home?

NCAA Division I, II and III college soccer programs recruit nationally, and opportunities to play in NCAA Division I tend to go to players from nationally competitive teams. Elite players maximize their opportunities to be recruited for college and to be identified for the national team by playing against the top talent from around the country at the best college showcases. The ECNL guarantees you with the opportunity to play the best players, at the biggest showcase events, every year.

What is the ECNL National Championship?

The ECNL National Championship will provide unparalleled competition and collegiate recruiting exposure to all ECNL players, and will be one of the highlights of every player’s youth soccer career.

Future Years of the ECNL

What are the expansion plans of the ECNL in future years?

How are clubs admitted into the ECNL?

Any club interested in participating in the ECNL is invited to apply. The application process will consider each club’s history of player development and club success, coaching staff qualifications, club administrative resources, club facilities, and a variety of other factors.

Administration of the ECNL

How is the ECNL operated?

The ECNL is a non-profit member-based organization. The ECNL member clubs elect the Board of Directors of the ECNL to govern and administrate the ECNL. Member clubs also approve the annual budget, the competition format, and the admission of new members. By operating in this manner, the ECNL provides an avenue for sharing and implementing the best thoughts and practices of many of the best female youth soccer clubs throughout the country in order to improve the developmental experience of all participating players.

What is the cost to participate in the ECNL?

One Time Acceptance Fee: If accepted, each new ECNL Member Club is required to provide a $500 one time initial acceptance fee by the date set fourth in your acceptance letter (The application fee for your club will be credited towards this amount).

The ECNL Board of Directors establishes an annual fee for membership in the ECNL. The annual league fee covers cost of administering the ECNL, costs of the ECNL National Championship, and costs of the ECNL Player Identification Program.